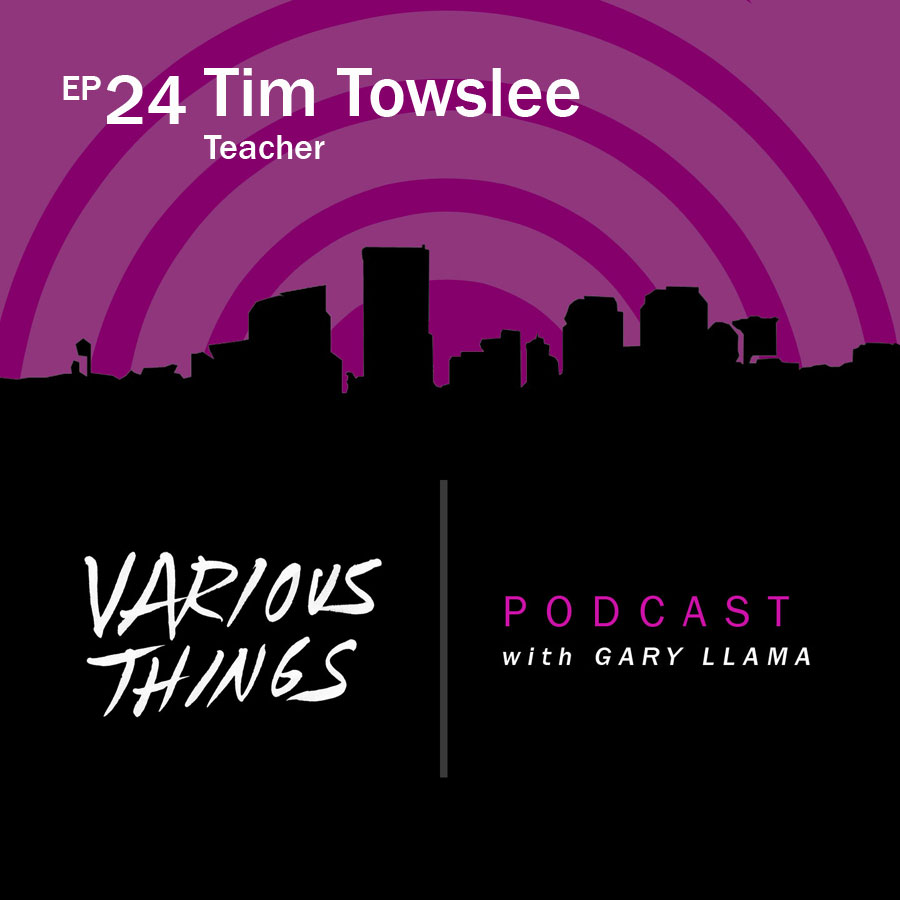 Tim Towslee has lead an interesting life, from working at record stores, to roadeying for touring bands, to learning other trades like barbering, or working at a tattoo shop. But it was his drive for learning, and his realization of the issues in the public education system that drove him to what he spends most of his time on, teaching. In this episode, we talk with Tim about how he got into punk culture, how he decided to become a teacher, how the process of developing knowledge occurs in the school system, and I get his thoughts on things like attention in a social media culture, and on the rise of ‘alternative facts’. This was definetly just a sliver of what Tim and I can talk about, and I plan on having him back in the future for a part two.